Slept on a boat this week in the UNESCO World Heritage Site of Ha Long Bay! Also went ice skating in the hottest city I’ve ever been. 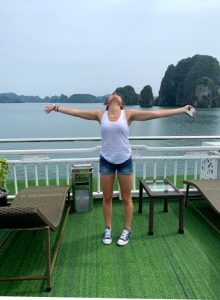 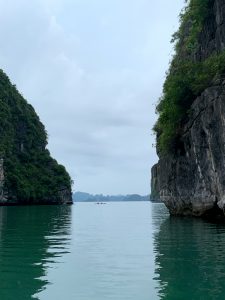 We get 5 weeks in Hanoi (sheds a few tears…), so this was a bonus middle week! I’ve definitely settled in a bit more but we’re in for 95 degrees, feels like 110 here later this week so wish me luck!