This week was made of new foods, new friends, and life lessons. And yes, it was very, very hot. Reached 102 with a real feel of 120. 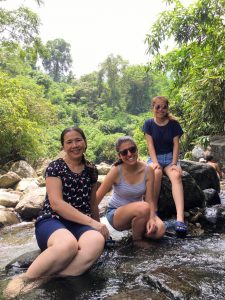 Phuong, me, and Anh

Since embarking on this year, I’ve received a lot of praise and admiration. While I really appreciate it, I am so far from perfect and make mistakes, sometimes even big ones. It’s easy to look at my social media and think wow, she’s living the life. Yes, I am very lucky, but I mess up and have to work through the consequences of my actions just like everyone else. This month has most certainly been a test and this week was no exception. Life lesson learned (among many others)? Listen to your gut and be strong enough to follow it no matter how hard.

To continuing to learn and self-improvement!