Hola from Santiago! Super excited to be in South American for the first time, and maybe even more excited to be closer to EST. So far Chile is chilly, immediately regretted not bringing my sweaters from home BUT it’s spring time and only getting warmer.

This month, I’m living in a 15 bedroom mansion. It’s AWESOME. All the rooms have their own bathrooms, and we have one large kitchen and common area on the top floor. I say it’s awesome now but we’re also waiting on people to arrive, so maybe it’ll be a bit full later. It is located in the city center, right next to Saint Lucia Hill, one of the ‘must-sees’ of Santiago. The mansion is already a bit better than the Japan house because everyone has their own privacy; it kind of reminds me of a glorified dorm.

Our workspace this month is another WeWork. I’m sorry but they put all other coworking spaces (that we’ve been to) to shame. A private RY room, four floors, kitchens, free flow beer every day at 5pm. This one is located inside a mall with a food court, so literally everything we need is here. And the WeWork is under 10 minutes from the mansion. 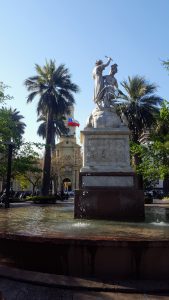 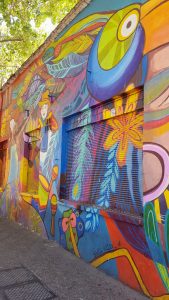 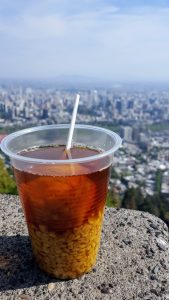 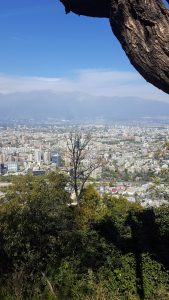 Santiago is not the most unique or exciting, but I am enjoying it and Chile has SOO much to offer. Looking forward to the next 4 weeks!