Lima La Gris (Lima The Gray). Saying exists for a reason. Not a whole lot of the sun in the city, but a few hauls out and a heck of an awesome day in the sand dunes made up for the lows in Lima. 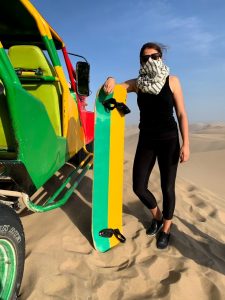 Few days of rest before I take off for another adventure. Aiight Peru, starting to see what the hype is all about.