Final week in Lima, Thanksgiving edition. While it was weird to be away from family, it was a special holiday spent with Parea (and a bit DIY, read below!). In the spirit of Thanksgiving and eating, I compiled a few bucket lists for eating and drinking in Peru. This has been the first city where I’ve actually been able to and had the desire to try everything, so here it is… 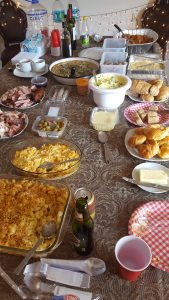 Drink bucket list (have already mentioned some, but for consistency):

Reasons this year’s Thanksgiving was a bit DIY: 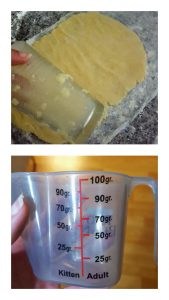 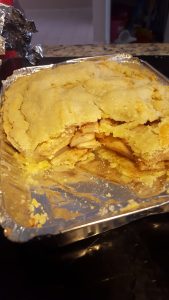 After a year best 8-mile run, I spent the day with Parea at one of this month’s (HUGE) apartments. Peeled a lot of potatoes, did a lot of cleaning, but also a lot of eating and a lot of appreciating the amazing group I got to be with. Of course also called home for the classic ‘hello, hello, hello everyone…*can’t hear each other*…ok byeeee’ video call.

I have an immense amount to be grateful for this year, not the least of which is this around-the-world journey I have been on with twenty five of the best people. Stemming from some difficult things happening to dear friends recently, I am extra thankful for health and happiness. I am thankful for my family supporting me from afar and for technology for keeping us together. And yeah, can’t be thankful enough for Parea. They have become people to laugh with, cry with, and live the heck out of life with. We went around and did the classic ‘what are we thankful for?’ circle and top of mind was ‘I am thankful for two more months of RY’. It has not been easy, but at the end of the day, man, I love this adventure. 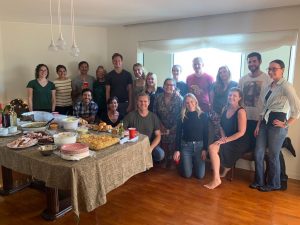 Thankful for this squad… 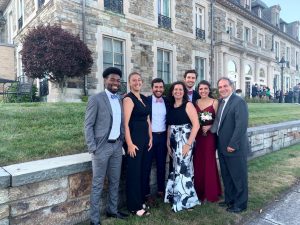 Taking off tomorrow for Colombia! Month 11 bring it on!

…as a follow up, this transition was the messiest of the year by far. First time missing a flight! Our first flight was delayed to Bogota, where we missed our connection to Medellin. The customs line was INSANE, took us at least an hour to get through. And turns out re-ticketing flights for 18 people isn’t easy! After landing in Bogota before 8pm, we didn’t take off until 12:30pm (3 hours later than planned) and arrived at our apartments around 3am. Yikes! On the bright side, Avianca was the first airline to serve me a gluten free meal!! What was it? Fruit tray with a side of fruit and a side salad. Substantial.